The acute and grave accents in french

One of the phobias of those who want to learn French is undoubtedly the use of accents. “I will never learn” is what I often hear. In fact, what seems an insurmountable difficulty is not so impossible to defeat. Let’s see.

Accents have a phonetic  value in french.  This means that the accent changes the pronunciation of the word.

First of all, before learning how to properly use the accents in French, you need to distinguish three sounds:

The “e” called caduc, which is the one in the words je, me, le that does not take any accent.

The “e” called “ouvert” that takes the grave accent (è) is pronounced with the open mouth.

The “e” called “fermé” that takes the acute accent (é), is pronounced as if we were smiling.

The mute  “e”  at the end of the word that does not take any accent.

Each word must be broken down into syllables. If the “e” is at the end of syllable or if it is a syllable on its own, the accent should be put. Grave (è) if the sound is”ouvert”, aigu (é) if the sound is “fermé”.

é-lè-ve: the first “e” is fermé, it is a syllable on its own, so it takes the accent, the second “e” is ouvert, and ends the syllabe so there is the accent,  the last “e” is mute .

pre-miè-re: the first “e” is caduc and should not be accented, the second is open and ends the syllable then it takes the accent, the last is mute and doesn’t take the accent.

So do you still think that  the accents in french are  so difficult?

Watch this video to practice and discriminate the various types of “e”. 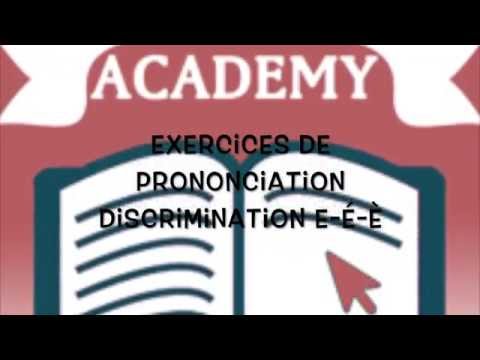 Pronuncia di “plus” in francese